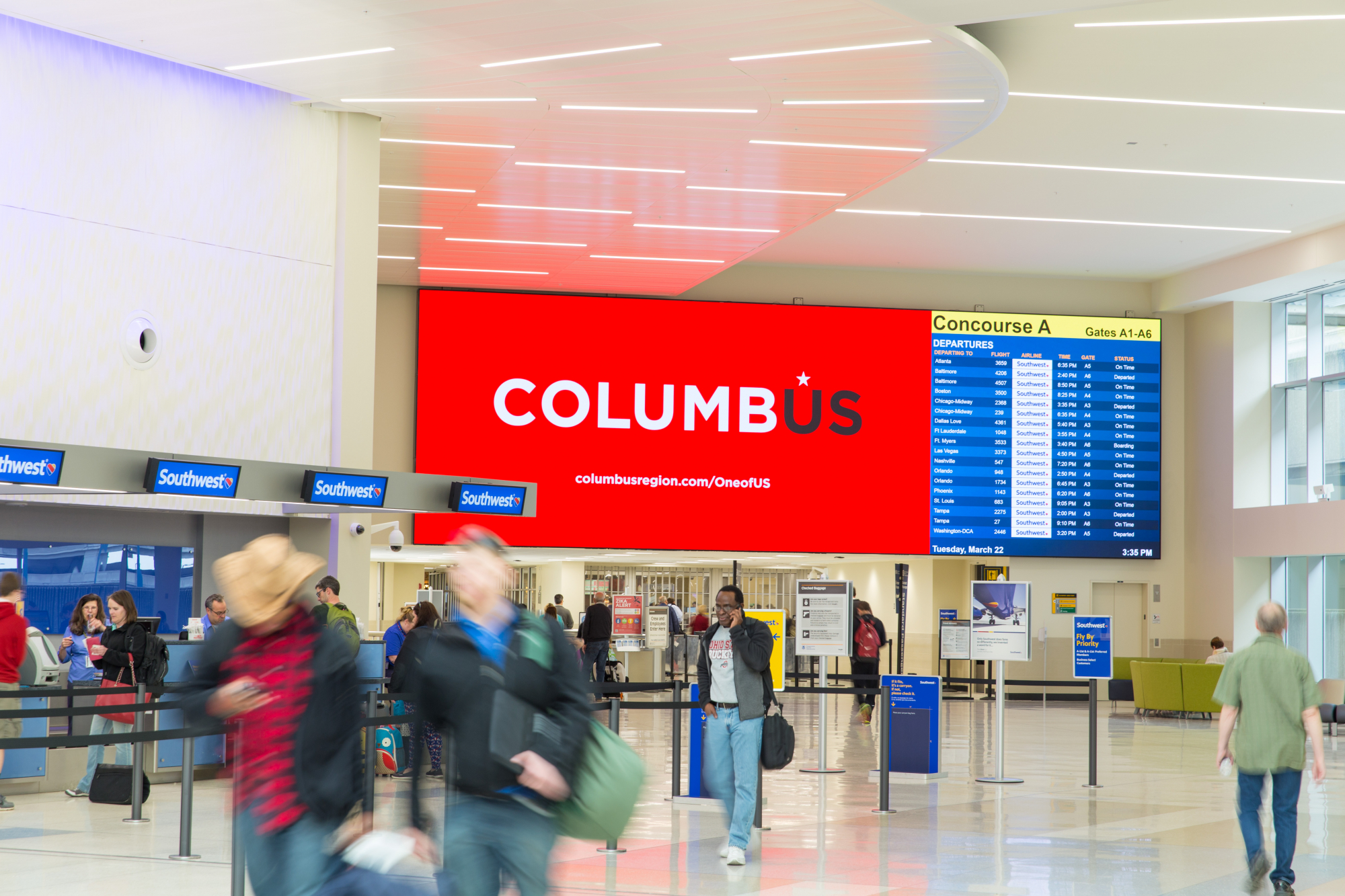 John Glenn Columbus International Airport initially started using the Omnivex Moxie solution in 2014  for a few screens in their food court and later expanded their installation of Omnivex Moxie to include a large 48 screen videowall over the entrance to Terminal B which improved the resolution of the wall by 4 times. The project progressed to include another videowall in the food court which advertised the various food service vendors for travelers passing by. In March 2016 with the help of Omnivex Value Added Reseller, Radiant Technology, the John Glenn Columbus International Airport expanded their digital signage network even further to include two 44 x 14 foot LED videowalls over the entries to Terminals A & C and 62 ticket counter screens in the renovated airport.  The two videowalls are comprised of single, ultra high definition direct view LED screens driven by 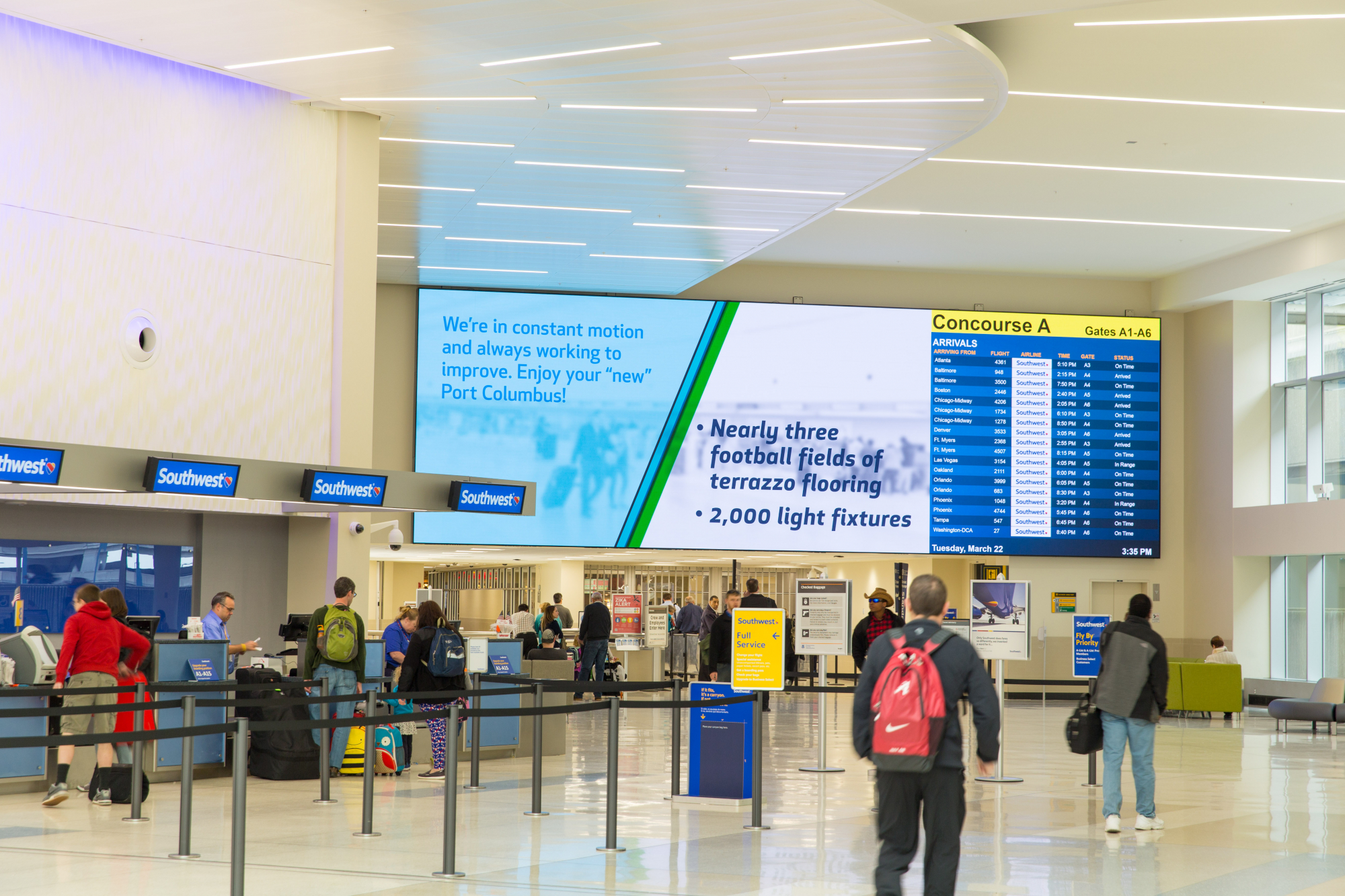 dedicated PCs using Omnivex Moxie and Windows 10 providing an outstanding graphics capability way beyond what the airport had previously deployed . Omnivex Moxie allows the displays to be driven pixel-to-pixel, ensuring crisp text and images. Each videowall features a mixture of real-time flight information as well as advertisements and other important community messaging and important information for travelers.

The 62 ticket counter screens were designed to be easily updated with a simple touchscreen, graphical interface. Radiant Technology used Omnivex Moxie Players with interactive, graphical content to allow airline employees the ability to quickly login and easily alter the configuration of their ticket counter displays.

The feedback on the digital signage throughout the airport has been very positive. In particular, the two large 44 x 14 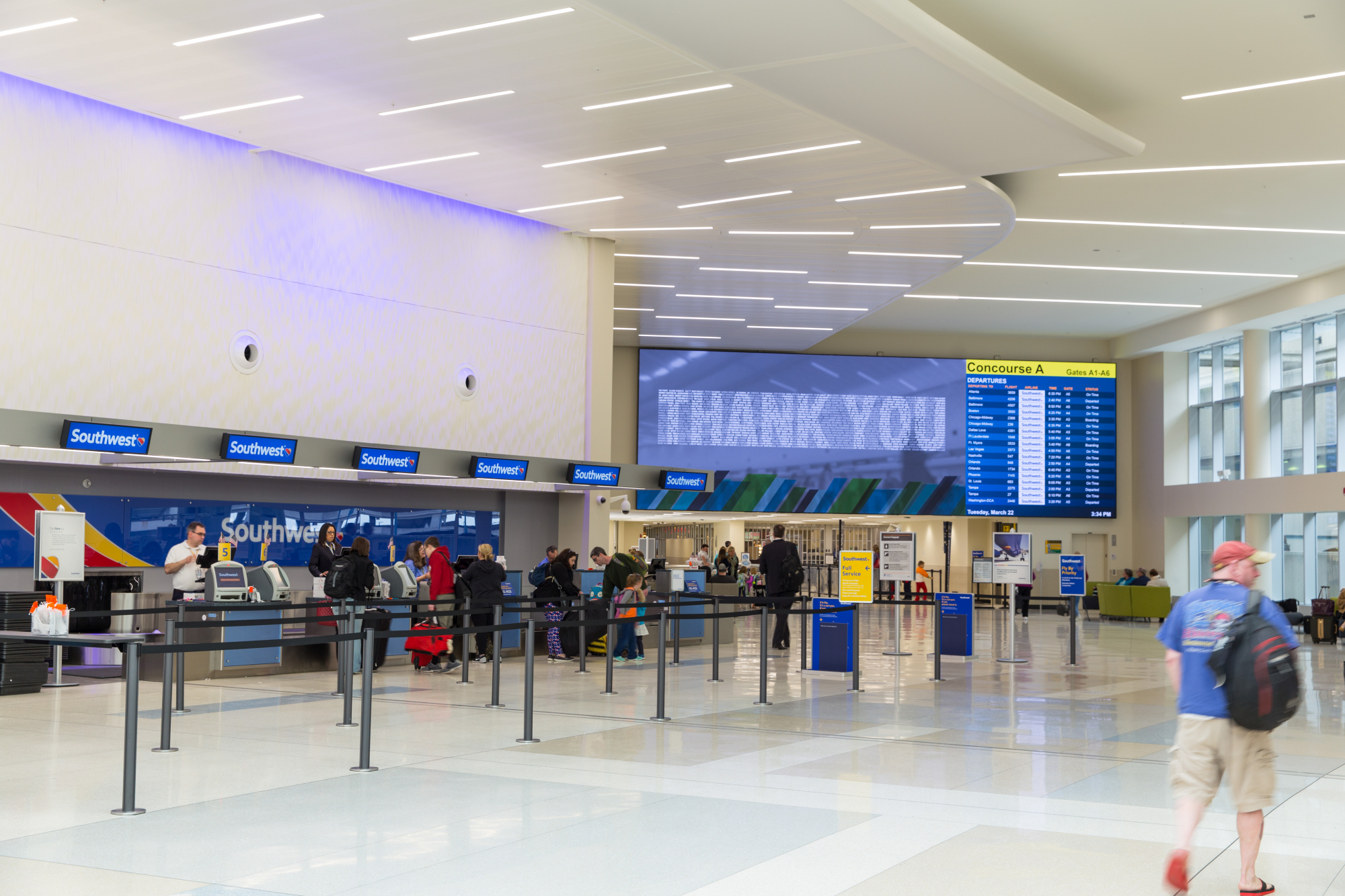 foot video walls have made information very clear and easy to see throughout the ticket lobby, which has improved the experience for travelers passing through the airport. The airport anticipates the satisfaction scores on their quarterly traveler feedback surveys to increase as a result of the new screens and content.

Advertising revenues have also increased by over 50% with the new videowalls and the outstanding quality of visuals they are able to present.

Future plans include integrating information on checkpoint wait-times and social media content from the airports social channels with the other content on the screens.